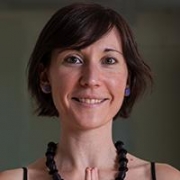 Last Sunday, a booth appeared in Central Park selling “signed, 100% original” Banksy pieces at $60 each. Banksy is currently "on residency in New York"; his work is popping up in his trademark spectacularly subversive fashion--a creepy stuffed animal "slaughterhouse delivery truck" in the Meat Packing District, for one.

Art collectors loudly bemoaned the fact that they missed the chance to acquire the much-coveted pieces that routinely fetch six figures at a ridiculously discounted price. And Banksy, as he is wont to do, got to make fun of the idea of what constitutes art and the pretentiousness of the "art market," where value is conferred by exclusivity. Would we recognize art if it is not labeled as such? And what happens when graffiti, an art form that in its very execution flies in the face of concepts such as ownership and private space, gets a price tag and starts participating in the very machine it seeks to obviate?

Banksy might as well be one of the world's most reluctant "successful gallery artists." The Sunday Central Park stunt was a spectacle, a performance art piece like the many he has done before, and it flew in the face of the notion that exclusivity confers value. Sure, Banksy is now, willingly or inadvertently, in the business of selling rebellion. But that doesn't mean that taking the "art world's" money has caused him to sell out. Sunday's stunt was Banksy's thumbing his nose at the fact that we need art critics to tell us what art is and how much it is worth. Banksy has often made fun of the elitism, pretentiousness, and outright absurdity of the curating art and placing it in a museum. The art market, like any other capitalist cultural reproduction tool, works to equate ownership of art with culture and the mark of the "cultured," as James Clifford explored in his seminal article On Collecting Art and Culture.

According to the video from last Sunday, more than four hours passed before the first sale was made, to a customer who bargained to get two paintings for $60. Later, a woman from New Zealand bought two. Finally, a man from Chicago stopped and said, "I just need something for the walls" of his new place. He bought four. 8 paintings sold in total.

In other words, if it is not labeled as such, would we know a Banksy? Does knowing that it is a Banksy somehow raise the value of the art just because it is now branded and hence ownable and usable as an identifiable and identity-conferring status symbol? Does art's subjectivity not mesh particularly well with its object-ivity? You tell us.